We’re apathetic about super, until we’re not.

On Tuesday phone lines to Australia’s biggest bank-run super funds buckled under a deluge of calls from customers wanting to close multiple accounts. Traffic to the Australian Securities and Investments Commission’s website for consolidating your super jumped 500 per cent. 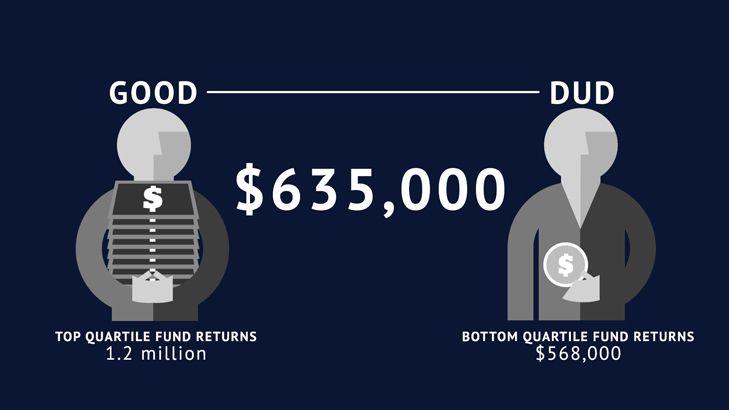 Recommendations from the Productivity Commission will boost your super and simplify the system. Economics editor Peter Martin explains.

And in at least one school, Year 12 students were shown two videos; one produced by the Productivity Commission depicting super funds as pigs, and the other prepared by this newspaper, making the point that multiple and poorly chosen accounts can cost members in excess of $400,000 over their working lives.

Asked to check in on their own accounts as homework, some discovered they already had more than one. They had been working casually, flipping burgers and selling clothes. Each new account furnished them with a new insurance policy, which sounds like a bonus until you realise they were getting insured more than once against death and losing their income. They were aged 16 and 17.

Every additional insurance policy, whether junk or not, costs $85,000 over a working life, according to the Productivity Commission report that set off the avalanche of calls. (In reality many wouldn’t cost that much, because they would drain inactive accounts first.) That super funds have knowingly allowed multiple insurance policies to accumulate in the accounts of people too young to benefit is one of a number of scandals uncovered in the report.

The commission’s suggested solutions to the problems of multiple and unsuitable insurance policies are simple: funds would be prevented from foisting them on anyone aged under 25 without their consent; inactive accounts would have their policies stopped. People with inactive accounts are almost certain to have another active account with insurance or no income to insure.

Treasurer Scott Morrison commissioned the inquiry a year ago, at a time when he was still implacably opposed to a banking royal commission. Its head, Producitity Commission deputy chair Karen Chester, refers to it as the “not-so-royal commission”.

Morrison wanted it to examine the costs, fees and net returns of super funds, the role of insurance premiums in eroding member balances, and the antiquated way in which people are pushed into default funds that are tied to jobs, not people. The lines between the two commissions will blur in the coming weeks, as the banking royal commission itself turns its attention to super.

Tuesday’s report is a draft. The Productivity Commission can’t be certain when it will deliver the final report partly because the banking royal commission is taking up so much of bank executives’ time that it would be unfair to ask them to deal with the super report until the banking inquiry is out of the way. But the commission is keen to hear from the rest of us immediately.

On Friday it added a new ‘Brief Comments’ section to its website. Ordinary Australians will be able to upload up to 200 words without the need to make a formal submission. Their names won’t be published but, if they agree, their comments will be. When Chester did this before in an earlier superannuation inquiry, she was able to put the lived experience of Australians to fund representatives in public hearings and get them to concede that things weren’t as rosy as they had been suggesting.

Without putting too fine a point on it, their members would have been better off paying them to do nothing.

Their investment performance is disheartening. Super funds are made up of asset classes; things such as property, shares, international shares and government bonds, assembled in certain proportions.

By examining the average performance of each of the underlying asset classes and assembling them in the same proportions as each of the regulated funds – in what it thinks is a world first – the commission has been able to compare what the fund’s performance would have been if no special skill had been added with the results they actually delivered over more than a decade, taking account of fees and tax.

Shockingly, it found that the 228 funds taken together (accounting for 93 per cent of all accounts and 61 per cent of all superannuation assets) did worse than if the managers had just set the proportions and then done nothing. Their attempts to pick stocks consistently cost their members money. Without putting too fine a point on it, their members would have been better off paying them to do nothing.

The retail funds, mostly run by the banks, are the worst. Instead of producing the 6 per cent per year they would have if they had just set their asset allocation and sacked their stock pickers, they produced 5 per cent. (Stock pickers in the union and employer-controlled industry funds did add value, but not much, boosting annual returns by 0.2 percentage points.)

The commission says it’s at a loss to understand how the retail stock pickers can be so bad. On the face of it it would take a rare and perverse skill to consistently produce worse results than leaving things alone. Keen readers of the Productivity Commission website will find a clue in one of the submissions, from Kevin Liu and Elizabeth Ooi at the School of Risk and Actuarial Studies at the University of NSW.

Liu and Ooi find that the more affiliated directors a retail fund had, the worse it performed. And the more related-party service providers it used, the worse it performed. The effect was “both statistically and economically significant, and consistent across different measures of investment performance”. The implication is that affiliated directors put the interests of the bank or larger entity first, perhaps by loading up super funds with products it wanted to shift.

Looked at this way, the superior performance of the industry funds isn’t so much the result of superior skill as it is the result of doing a job well in a straightforward way without a conflict of interest.

It’s also the result of scale. Many of the retail funds are deliberately small. There are around 40,000 of them, a number so big as to almost certainly be designed to confuse and beguile the customer rather than help. It’s no accident that Australia’s biggest industry fund, AustralianSuper, is always one of the top performers.

But some of the industry funds are also small, and are shockers when it comes to performance, sitting alongside the worst of the bank-run funds. Appallingly, new employees and people switching jobs continue to get funneled (sic) into them because of the provisions of industrial awards. For as long as that happens their directors will be tempted to keep them open, pocketing board fees for running an organisation that stays subscale but open as the trickle of members leaving is replaced by a stream coming in.

It’s why the commission wants super to follow the person, not the job, with every new labour market entrant (and everyone changing jobs) presented with a list of the top 10 funds and invited to pick and stick for as long as they like, without accumulating multiples. Labor and the Coalition have cautiously welcomed the idea.

It is competing with another model, proposed by Future Fund chair Peter Costello, in which the government would run the only default fund, freezing the top 10 out. It says a lot about how bad the performance of the bank-owned funds has been that some in the Coalition are prepared to countenance it – and also a lot about how much they despise the top-performing union and employer-controlled industry funds.

Australia’s superannuation system is 25 years old. The pool of super savings has climbed to $2.6 trillion. By 2030 it’ll be $5 trillion. It’s important to get it right.

Peter Martin is economics editor of The Age.