Letter from Scott Morrison to SMSFOA 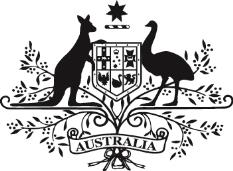 Dear Mr Fairweather
I write to clarify the scope of the Turnbull Government’s superannuation reforms announced in the 2016-17 Budget.
As you are aware, the 2016-17 Budget announced the introduction of a lifetime non-concessional contributions cap of $500,000, applicable from 7:30pm (AEST) on 3 May 2016 (Commencement Date).

The Government has been asked to provide guidance on how this measure will apply to a very small number of individuals using sophisticated financing techniques for the purchase of assets within a self-managed superannuation fund (SMSF).

Specifically, the Government has been asked for guidance on the consequences for individuals in the following circumstances:

• The trustee of the individual’s SMSF has entered into a contract for the purchase of an asset (often using a limited recourse borrowing arrangement (LRBA)) prior to the Commencement Date (Pre-Existing Contract);

• The Pre-Existing Contract is due to be completed after the Commencement Date;

• The individual had planned to complete the contract of sale by making further non-concessional contributions after the Commencement Date.

In addition, transitional arrangements will apply to SMSFs with existing borrowings, including LRBAs. Members of SMSFs with existing borrowings will be permitted to make further non-concessional contributions to the extent necessary to ensure the legal obligations of SMSFs that existed on or before the Commencement Date are met or to comply with the Australian Taxation Office (ATO) Practice Compliance Guideline 2016/5 (PCG 2016/5). These additional non-concessional contributions will be counted towards the lifetime non-concessional cap, but will not result in a breach of the lifetime non-concessional cap, until 31 January 2017. Once legislated, this deadline will be extended only in exceptional circumstances and at the discretion of the Commissioner of Taxation.

The date of 31 January 2017 is consistent with the deadline set by the ATO in relation to PCG 2016/5, which provides safe harbour guidance for SMSFs who have borrowed from related parties under a LRBA.

I trust this information provides you and the very small number of individuals to whom the aforementioned proposed treatment applies the necessary certainty going forward.

Should you have any queries in relation to the contents of this letter, please do not hesitate to contact Byron Hodkinson, Senior Adviser, Office of the Treasurer on (02) 6277 7340.