Nothing Treasury says is of the slightest value 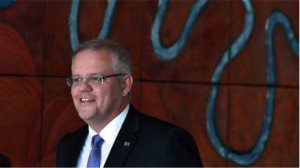 Perhaps the outstanding issue for wealth management in recent times has been the major changes announced for superannuation.

For many people, there is a sense that the changes have only become clear very recently as the final legislation did not get passed until the end of 2016. Worse still, many people were misled by earlier reports which attempted to capture the changes before they were finalised by the government.

Either way, we suddenly find ourselves in February 2017 with only four full calendar months before Scott Morrison kicks off the new regime on July 1. Self- Managed Super Fund members need to understand the basics: Today I want to spell out the key changes and importantly identify some variations that have become clear this year.

The change most people are familiar with is the $1.6 million transfer balance cap. For the sake of convenience I will simply refer to this as the “cap”. What you may not know is that the cap will apply in two instances.

First, it is the limit on the amount of net capital that can be placed on an SMSF member’s pension account where the earnings are tax exempt. Amounts above the cap need to be moved to the accumulation phase or taken out as a lump sum. The second instance is where the cap will apply to a member’s total superannuation balance. If a member’s superannuation balance exceeds $1.6m, they will be prevented from making further non-concessional contributions into their SMSF.

Now I should point out that there are some contributions which do not count towards the $1.6m pension cap or superannuation balance cap.

Compensation payments for personal injury, received by SMSF members and contributed into their SMSFs are not counted towards the $1.6m superannuation balance cap or the $1.6m pension cap. This means members can have a pension account in excess of $1.6m.

On the other hand, if a small business taxpayer transfers the proceeds from the sale of active assets up to the value of $1,415,000, or capital gains from the sale of an active asset of up to $500,000 into their SMSF (under the Small Business CGT concessions) the contribution will count towards their superannuation balance. If the amount exceeds $1.6m, then the member will be restricted from putting any more non-concessional contributions into their SMSF.

There will also be a $500,000 limit that stops you from being eligible for the catch- up concessional contributions, where you can use any of your unused concessional contributions cap, from July 1, 2018, on a rolling basis for up to five years. Where an SMSF member exceeds their $1.6m pension cap by up to $100,000 at June 30, 2017, the new law allows the member six months to remove the excess from the member’s pension account. However, the member will still be recorded as having exceeded their $1.6m transfer balance cap and will not be eligible for any indexed increases of the cap in the future, even if they reduce their pension account balance below $1.6m.

Members need to be aware that withdrawals from their pension are recorded differently depending on the type of withdrawal. While a partial commutation reduces a member’s $1.6m pension cap, an ordinary pension payment does not. This is an important distinction for members who want to put more money into their pension account.

Estate planning also needs to be considered more carefully where the deceased member’s children receive their superannuation entitlements. The children may not be able to take a pension of up to $1.6m, or may be able to take a pension in excess of $1.6m, depending on whether the deceased was receiving a pension at the time of their death. While the changes may cause concern, in my opinion knowledge is your best defence. Understanding how the changes will apply to you and taking early action will help you to navigate these changes with more certainty.

Monica Rule is an SMSF specialist and author of The Self Managed Super Handbook.