From July everyone will have a personal super transfer balance cap

Would you buy a deferred superannuation income stream from these people? 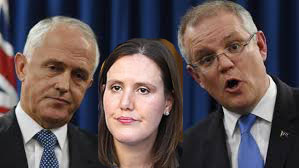 On 21 March 2017, Treasury invited Save Our Super to provide a submission to Treasury on the Treasury Laws Amendment (Innovative Superannuation income Streams) Regulations 2017. Click here to see the Treasury Invitation for submission.

However, last October Save Our Super advised Treasury its view on the proposed “innovative income stream products”. In short, why would anyone buy a deferred annuity that would not start payment until a quarter-century in the future? That would merely provide the next 8 governments with 25 years in which to withdraw the new tax concession with ‘effective retrospectivity’.

Save Our Super’s 10 October 2016 submission to Treasury on the Coalition’s second tranche draft superannuation legislation said, amongst other things:

“In a world where the Government is withdrawing with ‘effective retrospectivity’ the  earnings tax exemption on assets already lawfully saved over a lifetime, and destroying a tax-free annuity under existing law to those already retired, why would anyone buy a deferred annuity that would not start payment until a quarter-century in the future?

That would merely provide the next 8 governments with 25 years in which to withdraw the new tax concession with ‘effective retrospectivity’. When a future government withdraws without grandfathering the ‘deferred pension’ concession of 2017, they could cite the precedent of the Turnbull/Morrison Budget of May 2016; they could say that the super concessions were too expensive, too unfair and unsustainable; argue that 95% or 99% of people would not be adversely affected; and that the only losers were already very old, wouldn’t need much money at that stage of life, and could access the age pension if they needed to.

This problem underlines a dilemma created by the Budget measures. The Government  can only offer facilitating a decrease in longevity risk at the same time as it has increased the regulatory risk of future ‘effectively retrospective’ law changes. The net effect is zero, or worse.

The example illustrates the unbounded damage caused by increasing super tax without grandfathering. Any government’s ability to induce or facilitate a desired objective depends on citizens trusting that it will play fair, abide by its own laws, and change them only with prospective effect. When a government destroys trust, it destroys all plausible influence on future developments that depend on keeping its word.”

We encourage you to make a submission to Treasury – particularly if you support Save Our Super’s view. Submissions close on 12 April 2017.