Australians want to have a high standard of living in retirement, and they are prepared to pay for it via a 12 per cent super guarantee.

The Grattan Institute is making the same mistake unsuccessful pundits made with respect to the federal election, by making assumptions about what Australians want.

Grattan’s modelling of our retirement is selling Australia short. More specifically, it is using misleading fiscal projections and costings to decide public policy rather than listening to people.

Based on a flawed interpretation of the data, its modelling envisages an austere future that stymies aspiration and refuses to redefine retirement to meet the changing expectations of Baby Boomers and working Australians.

Superannuation is about lifting living standards in retirement and it does this on a cost-effective basis.

We know that Australia beats most other countries when it comes to reducing the fiscal impact of the age pension. Even when tax concessions for superannuation are factored in, it is well below the current OECD average and will be even more affordable by 2050. We currently spend 2.6 per cent of GDP on the age pension, down from 4 per cent in 2015 and significantly below the OECD average of 8.9 per cent. We spend less than Canada, Germany and the UK. The only countries that have a lower fiscal burden are Mexico and Korea.

We need to recognise that the Grattan definition is not what Australians aspire to. We know that Australians would rather their retirement be substantially self-sufficient and reserve the full age pension for those who need it most.

Retirement is the new chapter in the emerging narrative of Australian life: 30 or more years of retirement, punctuated by the joys of travel, children and grandchildren, as well as adequate aged care and health care.

We cannot think of retirement in binary terms. The reality is people will continue to work on a flexible basis as they move into their later years, in order to stay healthy and productive.

Australians have been shown to be remarkably responsible about saving for retirement and are willing to delay gratification to achieve this. In fact, a new ASFA survey released today conducted by CoreData, found 90 per cent of people supported compulsory superannuation and 80 per cent supported lifting the Superannuation Guarantee to 12 per cent from its current 9.5 per cent of wages. 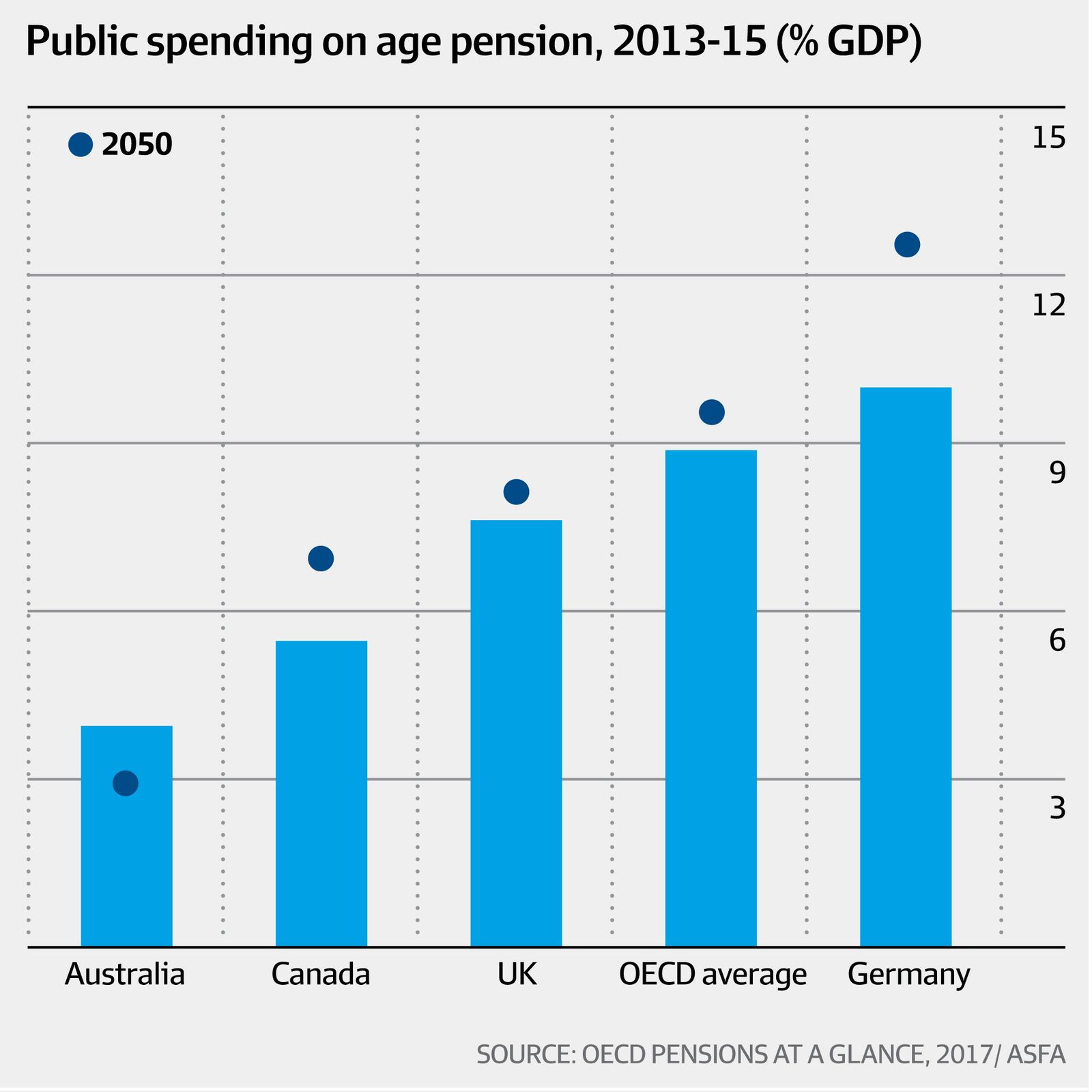 Further, the survey found that 80 per cent of people would like to be able to spend at least the amount defined in ASFA’s comfortable Retirement Standard for home owners. That’s $61,061 per year for a couple, and $43,255 per year for a single person. In fact, nearly 40 per cent want to be in a financial position to spend even more than that.

The Household, Income and Labour Dynamics in Australia Survey has also investigated retirement expectations. It found that the view of people aged 45 years and over of what they need for retirement aligns closely with ASFA’s comfortable Retirement Standard.

With increased longevity, people look forward to a rewarding retirement, with the ability to choose the right balance of work, community and recreation to enjoy a full and active life. And they’re happy to pay for it.

Increasing the super guarantee to 12 per cent is a way of ensuring the best future for all Australians. Refusing to move to 12 per cent condemns nearly 70 per cent of Australians to dependence on the age pension during retirement. For people to properly prepare for the future, they need to be able to plan with certainty. For government, that means resisting the temptation to constantly tinker with superannuation settings.

The election result has clearly shown that Australians aspire to a better retirement than their grandparents or their parents. They don’t want to be a burden to the state, or their children, and they take pride in their financial independence. The changes that were made to the age pension in 2016 have made the system sustainable from a fiscal point of view and the time is right to move to a 12 per cent super guarantee now.

Superannuation means we’re not mortgaging our kids’ futures with ever-increasing age pension costs. Compulsory super means that our retirement income system is affordable for both individuals and future governments.

We cannot allow the story of Australian retirement to be the Dickensian misery that the Grattan Institute would foist upon us. It should instead be a vision for Australia’s bold and prosperous future.

Dr Martin Fahy is chief executive of the Association of Superannuation Funds of Australia.