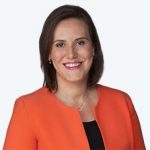 As someone who has contacted me in relation to the Government’s superannuation reforms, I thought you may be interested in an announcement that the Treasurer and I made this week regarding modifications to the superannuation reform package to make it fairer, more flexible and sustainable.

First, can I thank you for your feedback on the policy. It has been very helpful to receive constructive input from local members of my community.

The revised package will provide greater support for Australians investing in their superannuation with the primary objective of providing an income in their retirement.

Individuals with a superannuation balance of more than $1.6 million will no longer be eligible to make non-concessional (after tax) contributions from 1 July 2017.

By limiting eligibility to make non-concessional contributions to those with less than $1.6 million in superannuation, it targets tax concessions at those who have an aspiration to maximise their superannuation balance and reach the transfer balance cap of $1.6 million.

Eligible small business owners will continue to be able to access an additional CGT cap of up to $1.415 million.

In order to fully offset the cost of reverting to a reduced annual non-concessional cap, the Government will not proceed with a change to contribution rules for those aged 65 to 74. The Government will instead keep the current arrangements that allow people to contribute to their superannuation up 75 years if they are working. This will encourage individuals to remain engaged in the workforce, which will benefit the economy more generally. While the Government remains supportive of the increased flexibility this measure, it can no longer be supported as part of this package, given the changes to non-concessional contributions.

From 1 July 2018 flexibility will be improved by allowing the ‘catch up’ of unused portions of concessional contributions on a rolling five year basis for individuals with balances under $500,000. This will help people with broken work patterns.

For further information I attach a copy of the Media Release, Press Conference and Fact Sheets on the Government’s superannuation changes.

Again, I very much appreciate the feedback that you provided on the Government’s policy and look forward to staying in touch.

Minister for Revenue and Financial Services